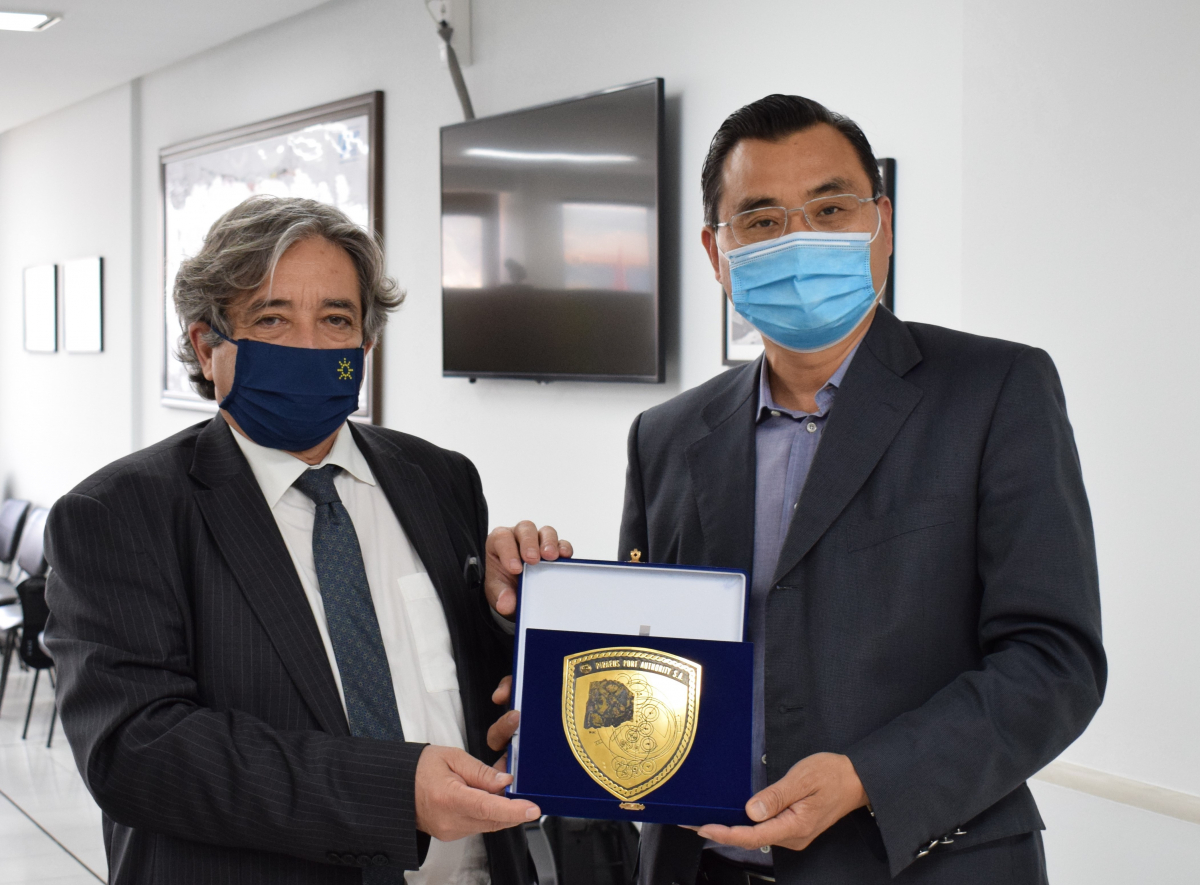 The Minister of Maritime Affairs of Portugal Mr. Ricardo Serrão Santos, head of a delegation of the Government of Portugal accompanied by the Secretary of State for Internationalization, Mr. Eurico Brilhante Dias, visited today, Wednesday May 12th 2021 the port of Piraeus and met with the Chairman of the BoD of PPA S.A. Mr. Yu Zenggang and the Deputy CEO Capt. Weng Lin, in the presence of the Ambassador of Portugal in Athens, Mrs. Helena Paiva.