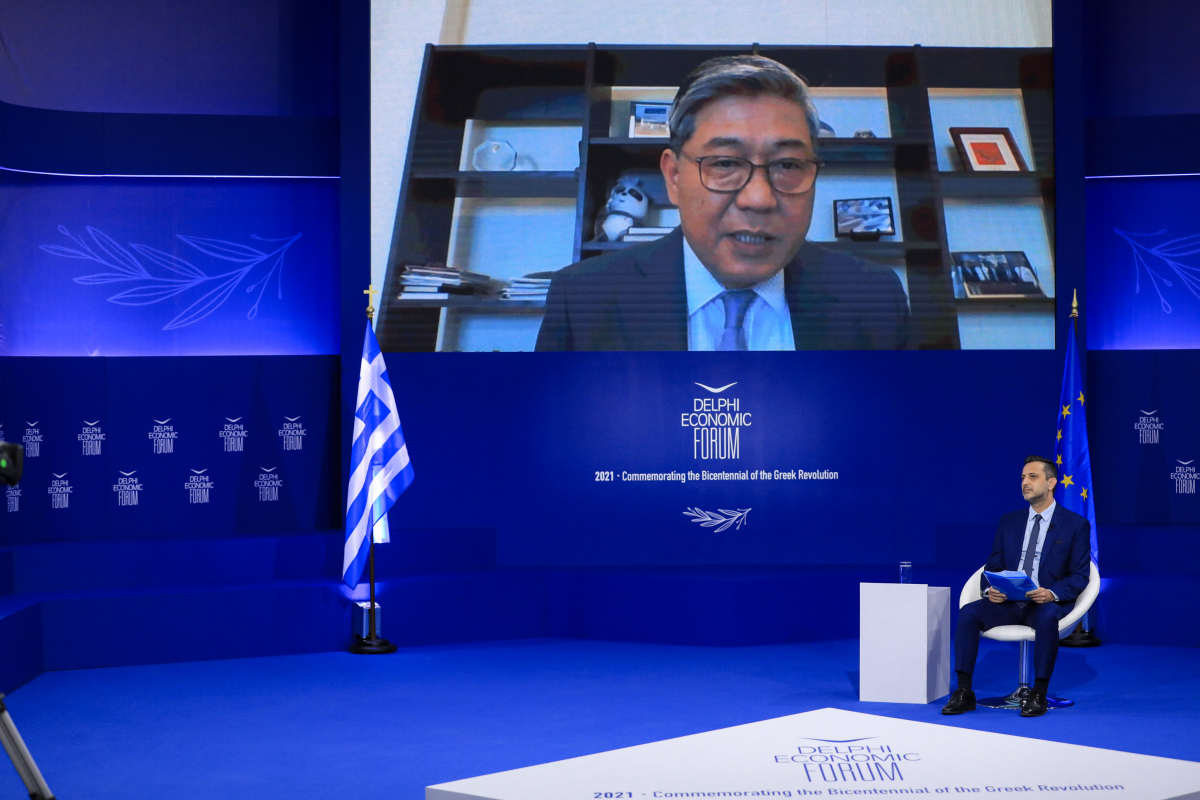 Participation of the Deputy CEO of PPA S.A. Captain Weng Lin at the Delphi Forum - PPA is a source of prosperity and a gateway to Europe

Participation of the Deputy CEO of PPA S.A. Captain Weng Lin at the Delphi Forum
PPA is a source of prosperity and a gateway to Europe

Captain Weng Lin, Deputy CEO of PPA S.A. speaking at the Delphi Forum, referred to the great importance of Piraeus Port Authority and also the prosperity it offers to the Greek society. He reminded that COSCO from the beginning recognized the strategic importance of the port, which is also provided due to its proximity to the Suez Canal, and highlighted that, as a global shipping industry, strongly believed in Piraeus port value since 2009.

He mentioned that today the port has combined all activities and means of the supply chain, providing quality logistics services. In the last few years, through the distribution of profits and the increase in the volume of services provided, the port of Piraeus has effectively contributed to social welfare, creating thousands of working positions, he added.

Speaking about how he sees the PPA development in the future, Captain Weng Lin reminded that there are € 300 million investment plans in progress, to which PPA remains fully committed. To demonstrate the quality of the services provided, Captain Weng Lin stated that while most European ports faced problems with delays, Piraeus operated exemplary throughout the pandemic.

Asked about the contribution of the railway to the port development, Captain Weng Lin stressed that for COSCO the connection with the railway network has been successful in recent years.

All of the above advantages have given the port maximum acceptance by the markets, not just as a local gateway, but also as a gateway to Europe, he added. Finally, he thanked the Greek government for the strong way that faced the pandemic, assuring that PPA has implemented and continues to apply a strict protocol of protection measures.