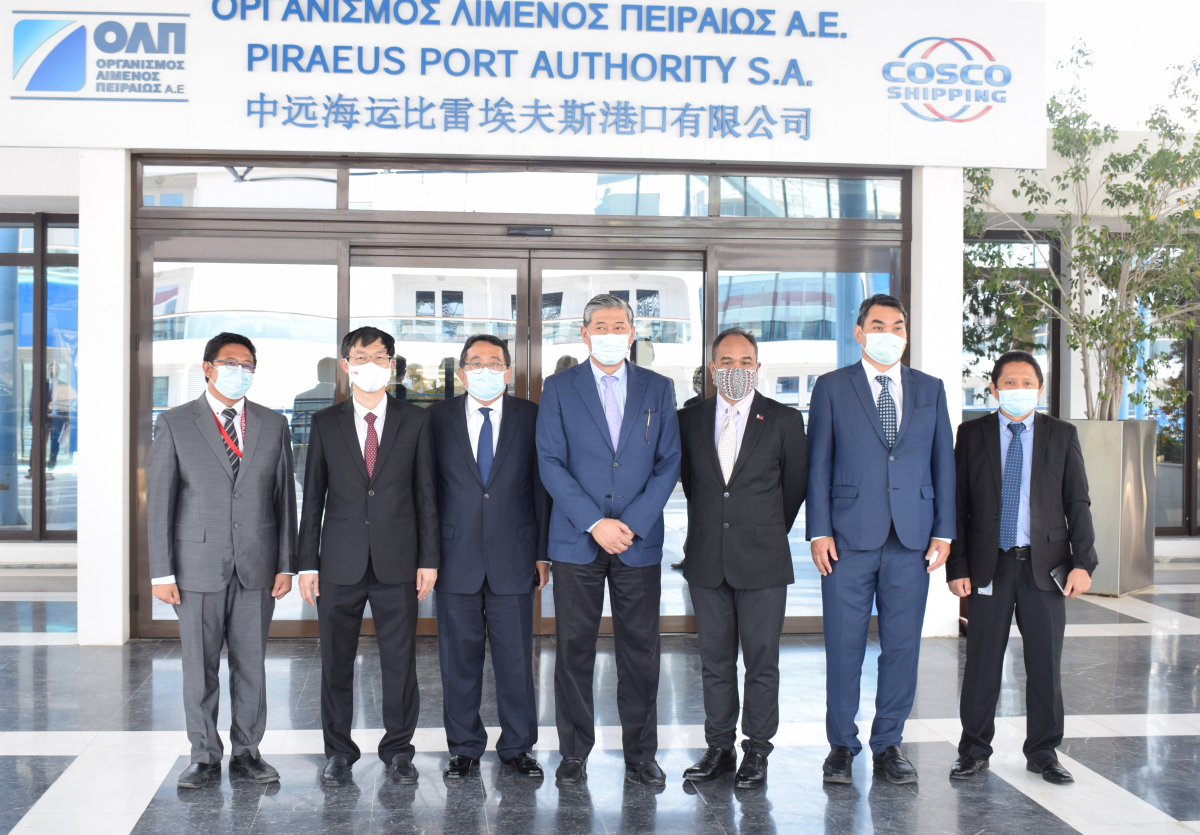 PPA S.A.: Meeting with ACAT Diplomats Delegation - The Piraeus Port is developing into a maritime hub of global attraction

During the meeting several topics of common interest have been discussed, along with the synergy potential between PPA S.A. and ACAT. Also, ACAT representatives have been informed about the significant uplifted role and the strategic importance of the Port of Piraeus for the trade and touristic industries, both on a European and a global level.

Deputy CEO of PPA S.A., Captain Weng Lin, at the end of the meeting, after thanking all ACAT representatives for their presence, stressed out the necessity and the great importance of such interactions, since the exchange of ideas and opinions, but also a more focused cooperation derived between the countries, always build a most efficient path towards the realization of mutually defined goals, leading to a range of benefits at every level.

View the embedded image gallery online at:
https://olp.gr/en/news/press-releases/item/12466-ppa-s-a-meeting-with-acat-diplomats-delegation-the-piraeus-port-is-developing-into-a-maritime-hub-of-global-attraction#sigProIdc53ba7800c
back to top