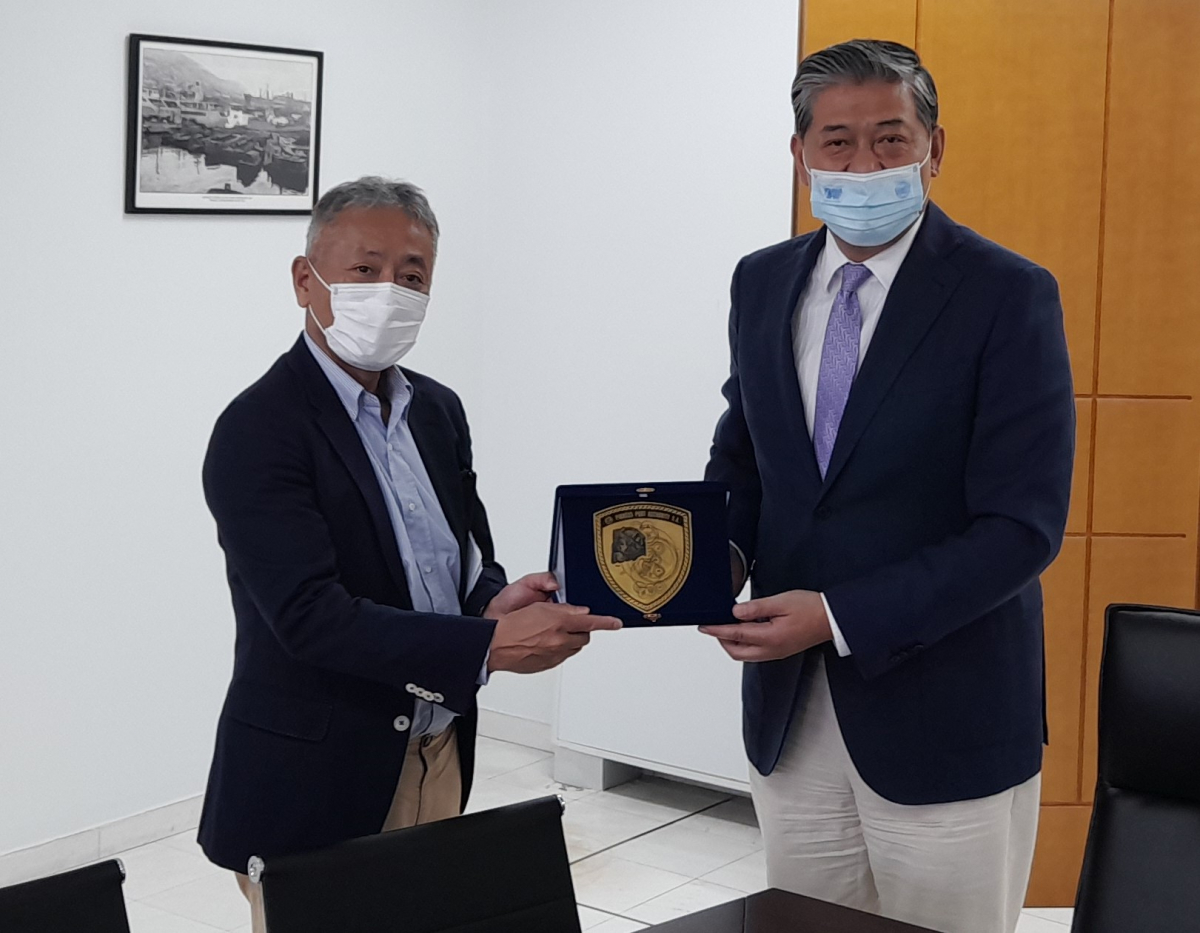 Tuesday, July 13 2021. PPA’s Deputy CEO Captain Weng Lin met today at the company’s headquarters Japan's Ambassador to Greece, Νakayama Yasunori. Embassy officials, Mr Taku Aramaki and Hidetoshi Watanabe along with representatives of known Japanese brands participated also in the meeting. During the meeting topics of various interest were discussed. Part of the discussions were also the significant investments implemented at the Port of Piraeus turning the Port into one of the most state of the art European Ports, along with sharing updates on the plans and the upgrade and modernization strategy in the upcoming period. After the meeting a tour through the Port facilities followed.

Captain Weng Lin, PPA’s Deputy CEO, at the end of the meeting, after thanking the Japan Ambassador and all guests, stressed the necessity and importance of such meetings regarding the Port of Piraeus, already playing a significant role in a European and global level.

View the embedded image gallery online at:
https://olp.gr/en/news/press-releases/item/12472-ppa-s-a-captain-weng-lin-meets-japan-s-ambassador-to-greece#sigProIddb997e4916
back to top