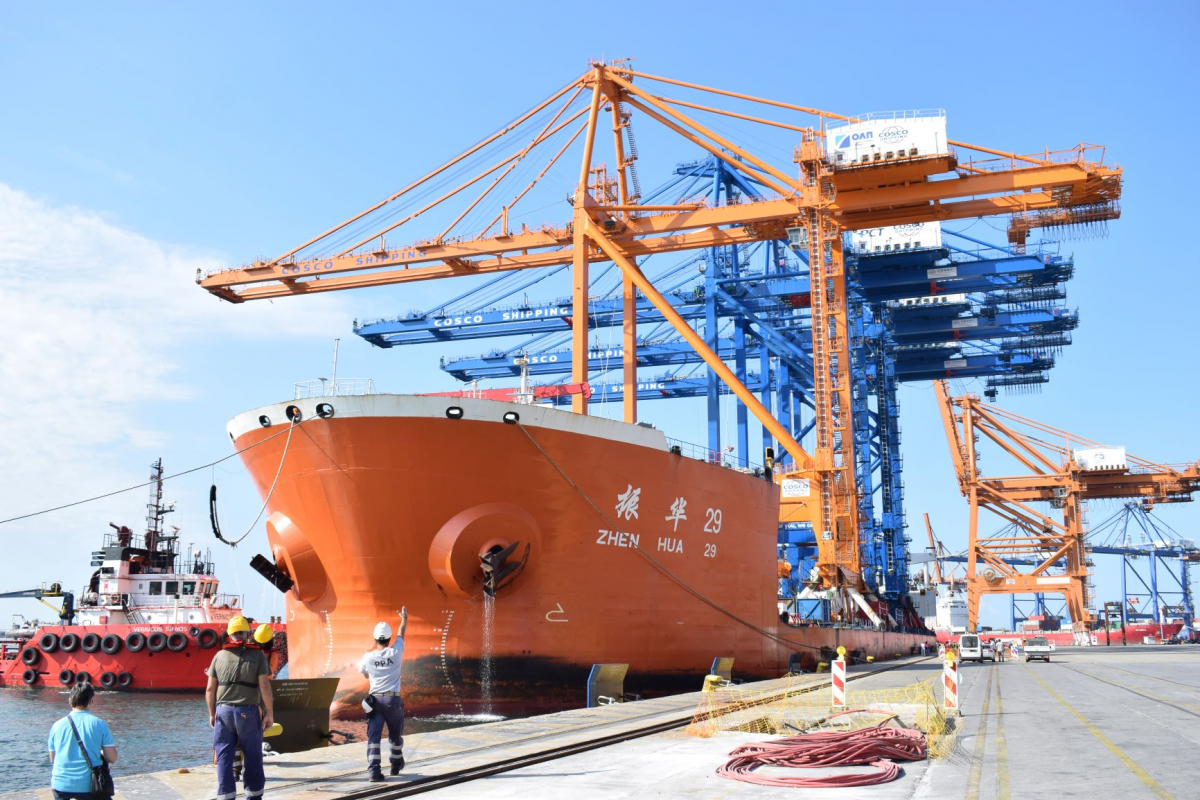 July 21, 2021. Τhe new Super Post Panamax Quay Crane capable of handling large mega-vessels with a capacity of 20.000 TEUs has arrived at the Port of Piraeus and will be installed at the Pier I.

The delivery of the new Quay Crane is part of PPA’s expansion and upgrade plan of the Port of Piraeus infrastructure, aiming at boosting productivity and enhancing service provisioning. More specifically, through the specific investment a significant increase of the Pier I handling capacity is expected to be achieved, along with an uplift of the container terminal business operations through higher efficiency and faster handling of giant container ships. The new crane, along with the soon expected new state of the art electric cranes, will lead to a 30% increase of the Pier I capacity by 1.3 million TEUs per year.

The offloading of the quay crane with a lifting high of 46-meters will require 4 days installation works at the Pier I and is expected to be fully operational around the mid of August 2021.

PPA’s Chairman Mr. Yu Zenggang expressed his satisfaction with the timely execution of another significant and essential investment, as integral part of PPA’s plans and broader roadmap for the continuous improvement and upgrade of the Port’s facilities and the services offered, while he stressed out the new crane’s contribution to even higher operational efficiency of the leading container handling Port in the Mediterranean.

View the embedded image gallery online at:
https://olp.gr/en/news/press-releases/item/12486-ppa-s-a-pier-i-super-post-panamax-quay-crane-arrived-at-the-port-of-piraeus#sigProId213dad3cac
back to top