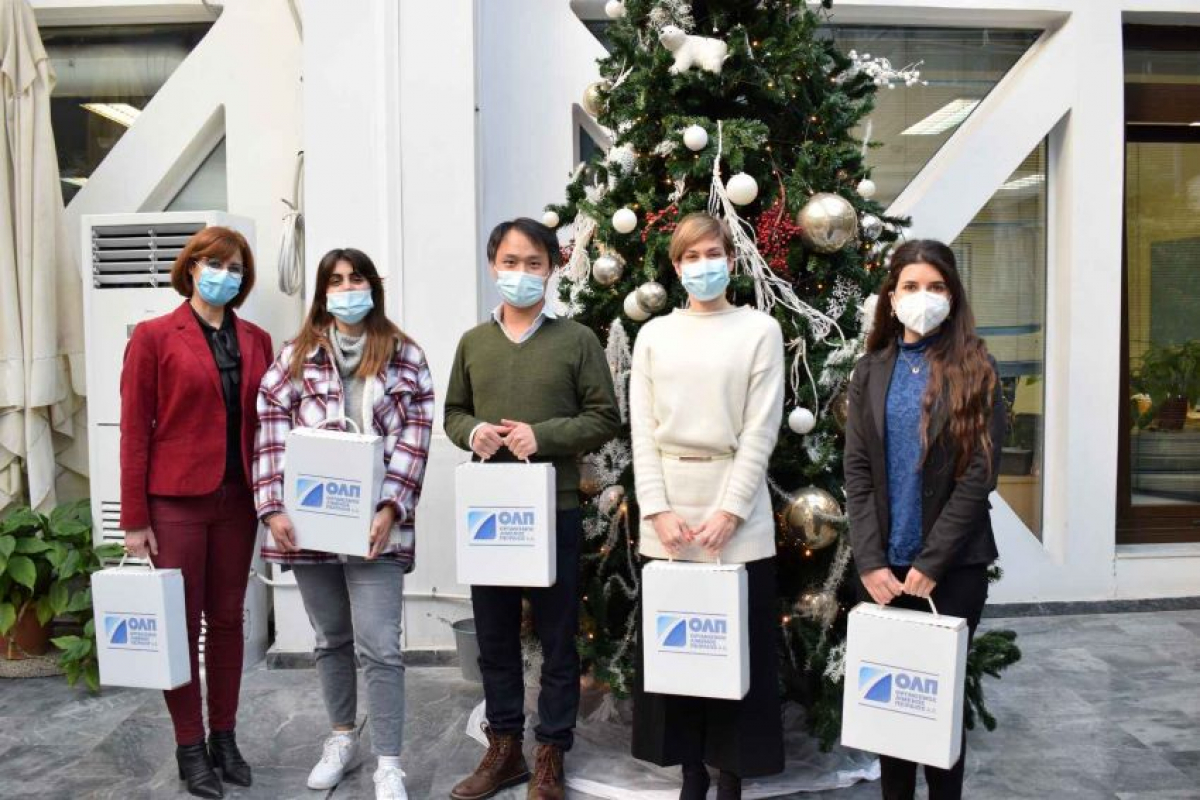 PPA S.A.: Corporate social responsibility strategy implementation in action in view of Christmas - Actions and initiatives to support the economically weaker families of the neighboring municipalities

December 22, 2021. A series of actions and initiatives are organized again this year by PPA S.A. as part of the Company’s corporate social responsibility strategy implementation aiming at sharing the benefit of the port development to the Port neighboring municipalities and beyond.

Specifically, PPA S.A., in collaboration with the Holy Diocese of Piraeus and in order to assist to the charitable work of the latter, it has supported further the Love Meal initiative, while at the same time gifts were donated to the children of charity institutions in the broader region. Also, this year, in collaboration with the Social Market initiatives of the neighboring municipalities of Piraeus, Salamina and Perama, food was donated to the families in need, alongside gifts to the children of financially weak families.

Finally, as every year, the company’s management offered festive Christmas gifts to all employees and their families including vouchers for super markets and toy stores and rewarded outstanding achievements of 50 pupils and students with financial rewards.

The Chairman of PPA S.A. Mr. Yu Zenggang, after giving his best wishes for health and prosperity for the New Year to all and expressing his hope that humanity will soon and for good overcome the problems related to the pandemic, Mr. Yu added that PPA S.A. as every year, also this year is staying true to its commitment by organizing a series of actions and initiatives through which families in need are supported, based on a vision framework specifically designed to serve this purpose. He stated characteristically that the support of our fellow citizens remains a key priority so that the great effort made by the company and its management for the upgrade and modernization of the Port of Piraeus connects to a meaningful purpose and delivers real value.

View the embedded image gallery online at:
https://olp.gr/en/news/press-releases/item/12635-ppa-s-a-corporate-social-responsibility-strategy-implementation-in-action-in-view-of-christmas-actions-and-initiatives-to-support-the-economically-weaker-families-of-the-neighboring-municipalities#sigProId470dd49fcd
back to top