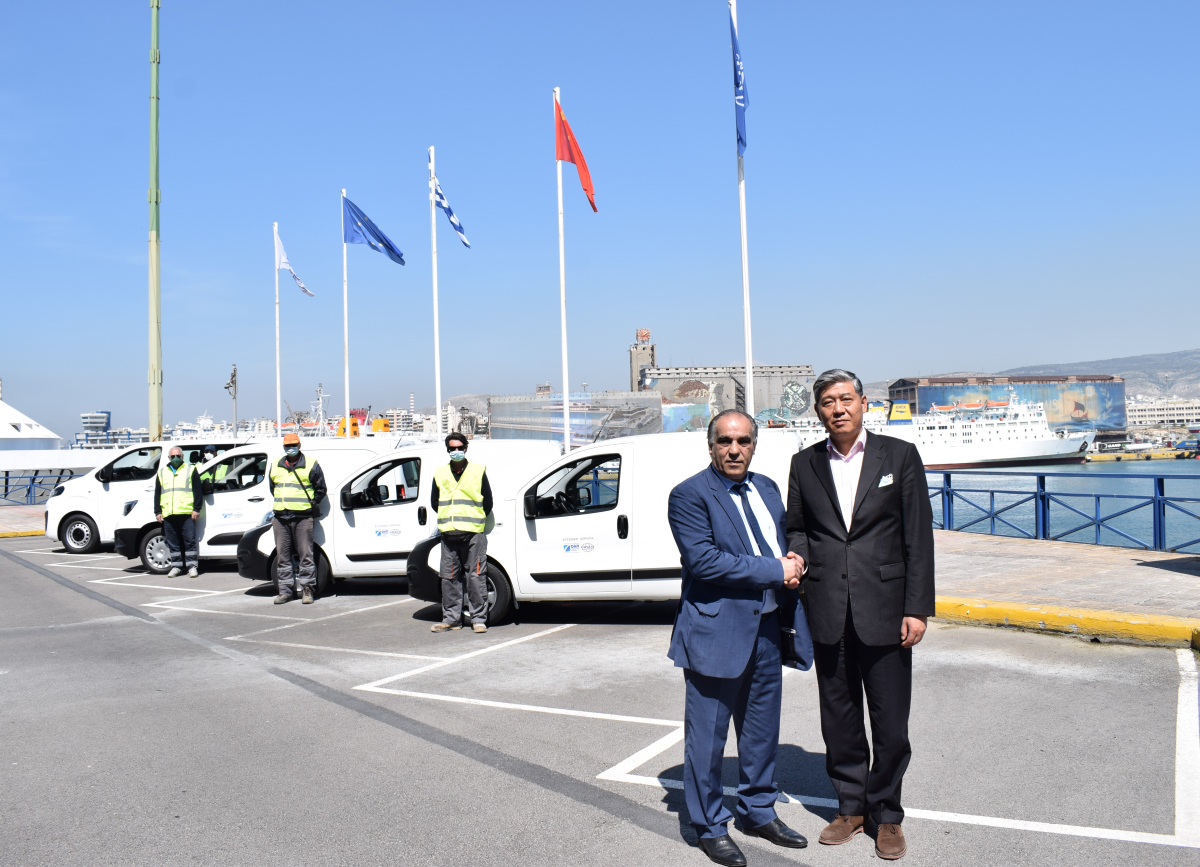 Monday 18 April 2022. At a special event held in the presence of PPA’s Deputy CEO Capt. Weng Lin and the Mayor of Perama, Mr. Ioannis Lagoudakis, PPA announced the offer of 5 vehicles - 1 Cargo, 1 Dumper Track, 1 Personnel Transport Vehicle and 2 Fiorino Cargo - to the Municipality of Perama, covering their total cost.

PPA S.A., fully inline with the company’s CSR strategy, is steadily supporting the local communities and neighboring municipalities of the Port of Piraeus through targeted initiatives and actions. With this sponsorship, the company and its Chairman Yu Zenggang by accepting the request of the Mayor of Perama, contribute significantly to the improvement of the services provided by the Perama Municipality and to the coverage of the Municipality’s increased needs, ultimately aiming at improving citizens’ quality of life.

View the embedded image gallery online at:
https://olp.gr/en/news/press-releases/item/12782-ppa-s-a-offers-five-vehicles-to-the-perama-municipality#sigProId07b04993cd
back to top