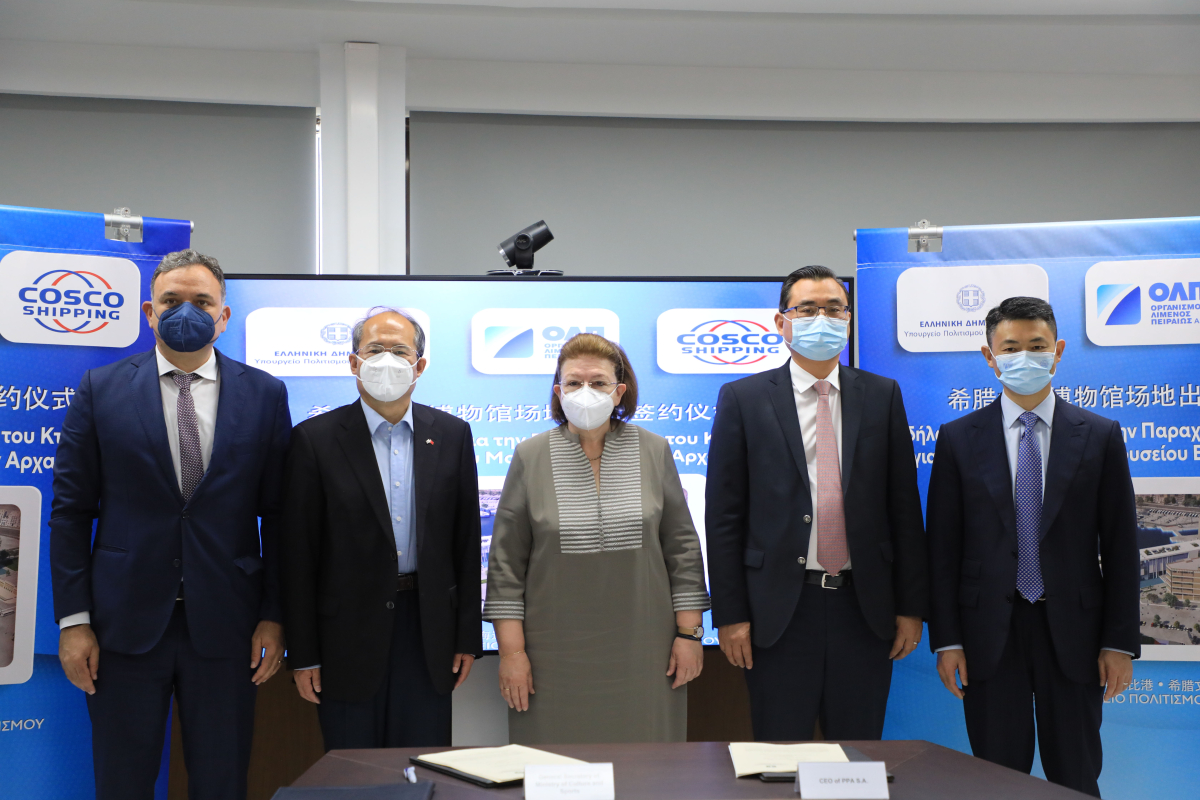 The SILO building and its adjacent spaces granted to the Greek Ministry of Culture and Sports by P.P.A. S.A. for the construction of the Museum of sea antiquities

The SILO building and its adjacent spaces granted to the Greek Ministry of Culture and Sports by P.P.A. S.A. for the construction of the Museum of sea antiquities

The concession period is set from the signing of the agreement until 12/2/2052 with a symbolic consideration. The specific concession is another targeted initiative implemented by PPA S.A. as part of the company’s holistic strategy, according to which the company, parallel to its business activity is steadily looking for ways to achieve benefit and generate added value for the local communities and the Greek society overall. In addition, this development is part of the Port’s expansion strategy aiming at enabling the perfect dialogue of the Port with the city and the communities it serves. The museum, based on the approved studies, also foresees a dedicated exhibition space for the housing of Chinese sea antiquities.

PPA’s Chairman Mr. Yu Zenggang expressed his satisfaction for the concession of the SILO building and the adjacent area, saying characteristically: “PPA S.A. chooses to grasp every opportunity that arises and entails benefit to the Greek society. The reconstruction of an old and historic building within the Port into a building for the exhibition of underwater antiquities is the most suitable choice for the area but also for this historic building.  We are looking forward to seeing the Museum and the cultural coast coming to life. We are sure that they will become highlight areas within the port, open to all, attracting visitors from all over the world, while further advancing Greece role as a global cultural destination.”

As the Minister of Culture and Sports Lida Mendoni stated: “this day is very important, as it marks the beginning of the creation of the Museum of Sea Antiquities in Piraeus. The establishment of a Museum within the Port strengthens Piraeus’ cultural and growth potential, but at the same time provides added value to P.P.A.’s investment.  The SILO building transformed into a Museum of Sea Antiquities – one of the few available museums of its kind internationally – will showcase the archeological treasures of the Greek sea, while it will also function as a touristic attraction and growth resource for the town of Piraeus.

The bonds of the two countries in the Cultural sector remain very close. Both countries are superpowers in this area, China in the East and Greece in the West. Greece and China work together in the research of the sea antiquities based on the current protocol. Our signature confirms this cooperation in the most obvious way. With China binds us together the participation of our countries in the Forum of Ancient Cultures. I would like to thank the Chairman of PPA, Yu Zenggang and especially the Chinese Ambassador to Greece, Xiao Junzheng for our cooperation towards the facilitation of this project”.

It is noted that in last January the Council of Museums of the Ministry of Culture and Sports issued a favorable opinion to the architectural, static and electromechanical preliminary plans as well as the museographical preliminary study, which have been financed by Aikaterini Laskaridis Foundation, and also to the amendment of the building programming.

View the embedded image gallery online at:
https://olp.gr/en/news/press-releases/item/12821-the-silo-building-and-its-adjacent-spaces-granted-to-the-greek-ministry-of-culture-and-sports-by-p-p-a-s-a-for-the-construction-of-the-museum-of-sea-antiquities#sigProIdf8fe1cc6ed
back to top