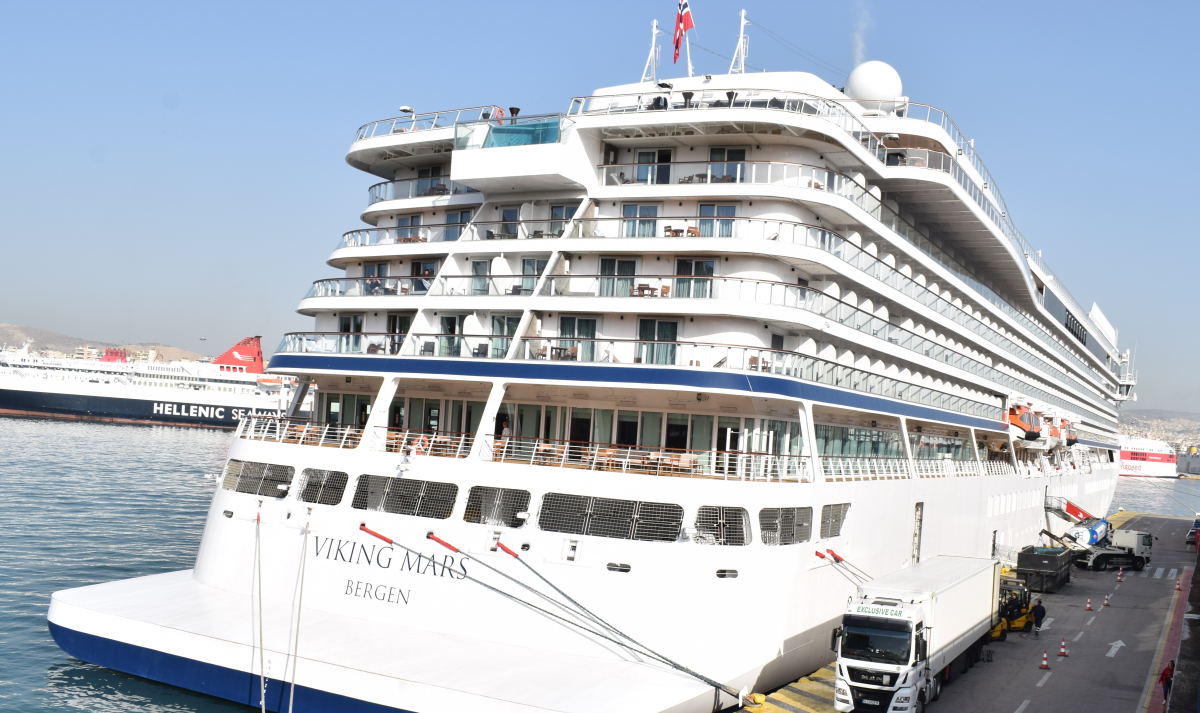 PPA S.A.: Plaque Exchange Ceremony with Viking Cruises - The Port of Piraeus a top destination for the global cruise industry

November 2, 2022. PPA S.A. and Viking Cruises, one of the top cruise liners in the world, exchanged their plaques in a ceremony held at the Port of Piraeus to warmly welcome the cruise ship Viking Mars, whose maiden voyage took place in May 2022.

This is part of an overall optimistic trend and an indication of the dynamic Cruise restart at the Port of Piraeus. Some of the world’s largest, most advanced and luxurious cruise ships of the leading cruise companies internationally made their debut, while arrivals of new companies are added on a frequent basis. Also, during 2022 new large-scale cruise ships of around 300 meters in length arrive on a weekly basis. Based on the 2023 pre-bookings the positive prospects will continue also in the next year.

The Port of Piraeus is an important destination for cruise ships in the Mediterranean Sea with 11 places able to accommodate the simultaneous berthing of the largest cruise ships in the world. In 2019, before the pandemic, the Piraeus port broke the limit of 1 million cruise passengers. In 2021, the port succeeded in serving a significant number of cruise ships, contributing to the recovery of the Greek tourist industry.

Today, the recovery of the cruise business is moving at a rapid pace, achieving at the same time a significant structural modification in the business mix, since many are the cruise ships, like the Viking Cruise example, that use the Port of Piraeus as home port. This trend was especially obvious during the first half of 2022 with 65% of the cruise ships serviced being homeported.  During the same period the overall growth of the cruise business was exponential with over 800% increase in passengers compared to 2021. The rapid uptake of the cruise routes and the homeported ships generates positive prospects for the coming years and contributes to the national effort towards an overall country port industry growth and island development.

View the embedded image gallery online at:
https://olp.gr/en/news/press-releases/item/13060-ppa-s-a-plaque-exchange-ceremony-with-viking-cruises-the-port-of-piraeus-a-top-destination-for-the-global-cruise-industry#sigProIda929a6383f
back to top