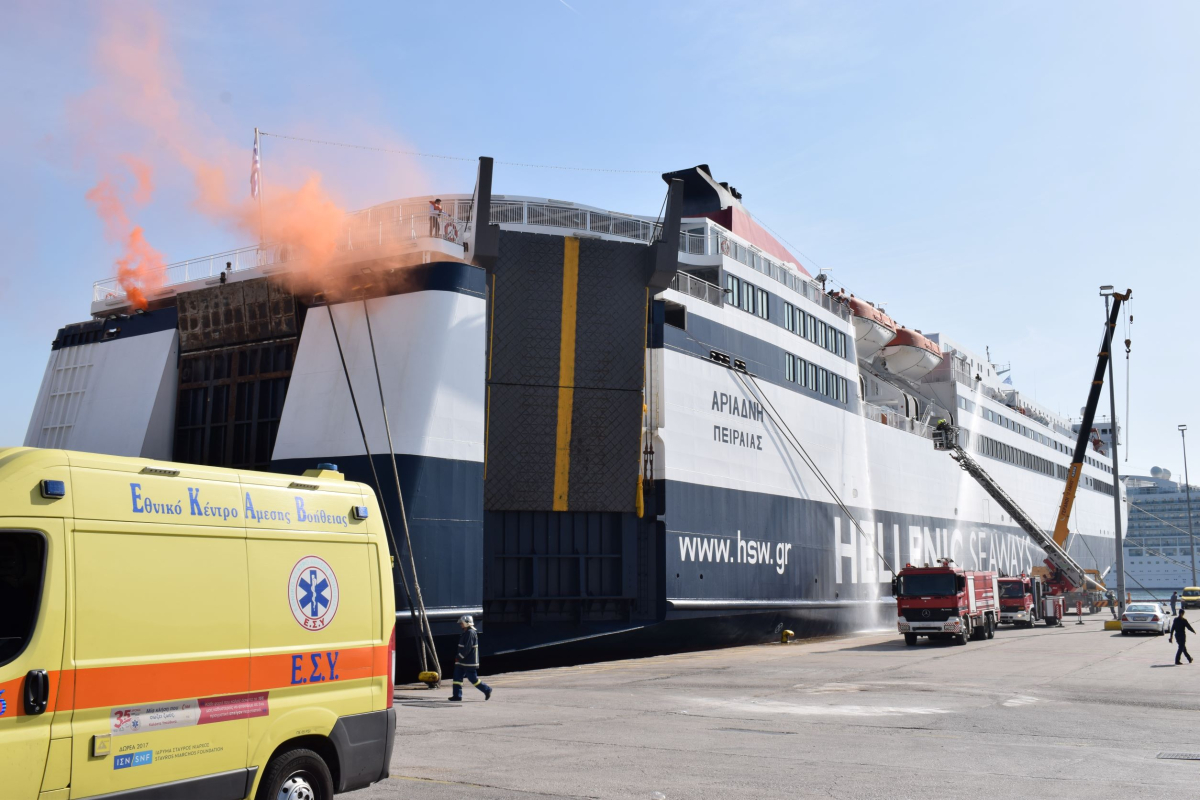 November, 10 2022. PPA S.A. as part of its Sea Contingency Plan carried out a Drill at the Central Passenger Port, near Gate E1, with the active participation of vessel “ARIADNI” of Attica Group.

The Drill scenario included the simulation of a fire incident inside the vessel "ARIADNI", causing sea pollution from an oil leakage.

In such cases, based on PPA’s Sea Contingency planning, the company’s special Pollution Incident Response Plan is instantly activated, involving the immediate mobilization of the Hellenic Coast Guard, of PPA’s Environmental Protection Sector and also of PPA’s contractor specialized in maritime cleaning. The latter immediately activates its experienced and trained team in pollution response, that uses special equipment for the removal of oil spills, such as an antipollution-skimmer vessel AKTEA, an oil boom fence of 500m, a high-speed boom layer boat, one support craft and support vehicles as well as rest specialized equipment.

Upon drill completion, PPA S.A. has crafted a special assessment report, where deficiencies and malfunctions were recorded, improvement proposals were developed, while a special meeting was held with the participation of all parties involved in order to exchange opinions and draw final conclusions.

PPA’s Chairman, Yu Zenggang expressed his satisfaction with the successful implementation of the Drill, pointing out that this is part of the company’s overall strategy and comprehensive planning on pollution prevention and systematic protection of the environment.

View the embedded image gallery online at:
https://olp.gr/en/news/press-releases/item/13083-ppa-s-a-marine-pollution-drill-as-part-of-ppa-s-sea-contingency-plan-successfully-completed-at-the-central-passenger-terminal#sigProIda14f31e154
back to top