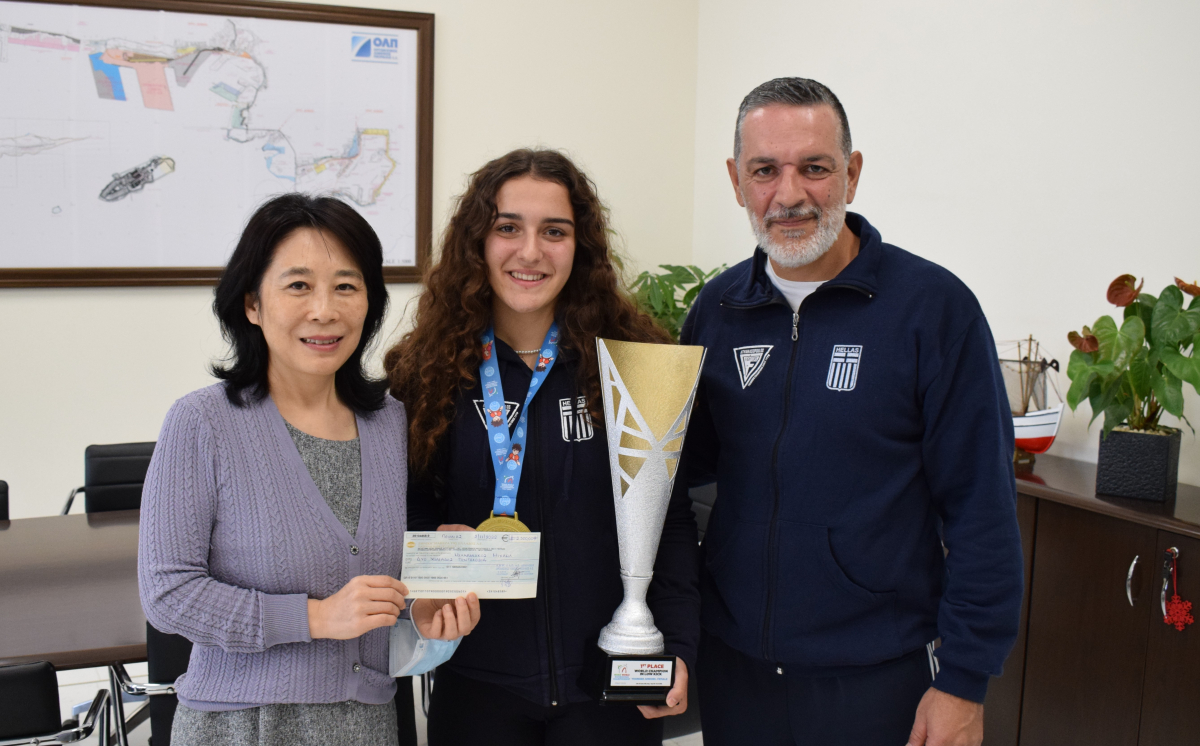 14 November 2022. PPA S.A.’s CFO Ms. Li Jin held a meeting at the Company’s premises with kick boxing champion and number one in the world ranking Maria Michalakakou, awarding her for achieving the highest ranking in the world championship, held in October 2022 in Italy.

PPA S.A. actively supports the efforts of the Greek champion, while it is worth mentioning that the Company supported financially the participation of the athlete in the world cup in Hungary, where she achieved the first place.

During the meeting, PPA CFO Ms. Li Jin stated the following: “Maria deserves many congratulations and we are all proud, that through hard work, self-discipline and above all high ethics, she could achieve her goal and won the first place in the kick boxing world championship. Winning the world championship is just the beginning, as I'm sure many more similar, great athletic achievements will follow. PPA will continue steadily supporting the young generation and Greek sports also in the future".

It should be noted that world champion Maria Michalakakou, is seen as an extended PPA family member as a daughter of Michalis Michalakakou, an employee of the Company.

View the embedded image gallery online at:
https://olp.gr/en/news/press-releases/item/13086-ppa-s-a-cfo-ms-li-jin-hands-over-award-to-maria-michalakakou-for-achieving-1st-place-in-the-kick-boxing-world-cup#sigProId2ee9e2e494
back to top