Mooring history HELLAS LIBERTY ship at the port of Piraeus

By decision of the Steering Committee of the PPA Inc., upon the recommendation of Chairman and Managing Director Mr. George Anomeritis was the eve of the historic HELLAS LIBERTY ship at the port of Piraeus, no charge. The ship already plagiodetithike front of the pier in Central Port SILO. As is known building SILO, which closed on 01.10.2010, will be converted to National Maritime Museum and Museum of Underwater Antiquities and integrated into the overall design of the Cultural Coast Piraeus.
The HELLAS LIBERTY, which was acquired and sailed to the port of Piraeus in 2009 and whose 100% owner is the Ministry of Marine Affairs (YTHYNAL) transformed in Perama. Currently administered by the Association "Friends of LIBERTY» chaired by Captain Bill Konstadakopulos and is one of the few surviving commercial vessels type LIBERTY thanks to which revived after the Second World War, the Greek Merchant Marine.
In its decision, the PPA SA actually "takes" in terms of spending the vessel and passes on that site, which created the "Cultural Coast" of Piraeus and the National Maritime Museum, the maritime area which is acquired and installed as the first exhibit of the historic ship "HELLAS LIBERTY ". 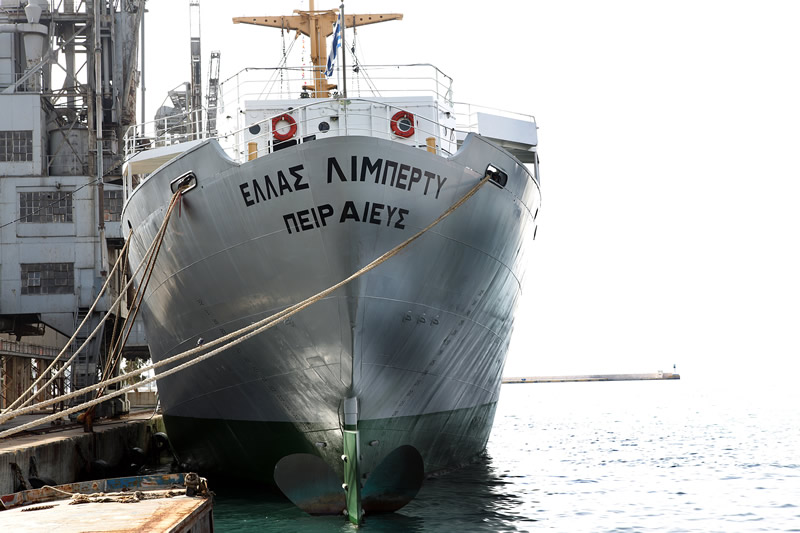 As stated by recommending the issue the president and CEO of OLP SA George Anomeritis, "The PPA SA which this year celebrated 80 years since its foundation owes its existence to the great and leading Greek shipping. It is a debt of honor and recognition to the owners and captains of the country's seafarers, who are ships revive the Greek shipping converting a first world power. In collaboration OLP and "friends LIBERTY » will locate the necessary facilities for the visitors by now, regardless of the integration projects of the National Maritime Museum. The PPA SA the decision was honored practice of the Greek shipping industry and its people. "