The newest cruise ship in the world and also one of the largest, the “Royal Princess” will be welcomed at the PPA, on Tuesday 02/07/2013, during its first visit to the port of Piraeus. The new cruise ship (June 2013) built in Italy, has a length of 330 m, 1.346 crew members, weighing in at 141.000 tons and 18 decks that can accommodate 3.600 passengers in 1.780 cabins.
Captain Tony Draper will be welcomed by executives of the PPA, while the President and CEO, Mr. George Anomeritis, will offer a special commemorative gift and books for the on-board library. The ship, which began its maiden voyage on June 13 after being named by the princess Kate Middleton, will continue its journey to the Greek islands, with the next station being Mykonos. 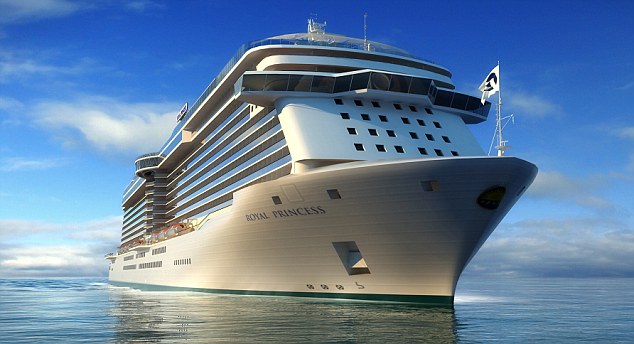