PPA S.A. announces the signing of the New Collective Labor Agreement with the representatives of the Union of Supervisors & Foremen of Piraeus Port Authority, after negotiations. The agreement was also signed by the chairman of the Union of Stevedores (O.F.E.) Mr. Symeon Leftheriotis. The validity of the new collective agreement is three years.

It should be noted that the Collective Agreement with OMYLE (Federation of Port Employees) is already signed and negotiations are continuing with the Dockworkers’ Union.

As the CEO of PPA S.A. Capt. Fu Chengqiu stated:
"The new Collective Labor Agreement secures the salaries and working conditions contributing positively to the maintenance of the company's strong growth rates". 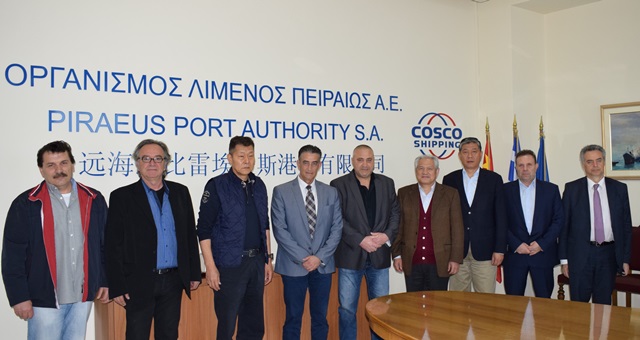