The Corporate Responsibility Report of PPA S.A. presents in detail all the responsible actions and policies that the company implements, as well as its positive impact on the wider society, the environment, the local and national economy, adopting the most modern and strict standards of transparency in Sustainable Development and Corporate Responsibility.

The socio - economic footprint of PPA S.A. for 2018, based on the company’s data, international models and statistical sources, is estimated as follows:

- The operation of PPA S.A. has created 1016 direct jobs, 1903 indirect jobs and 1190 induced jobs. Respectively, over € 4.2 million were invested to ensure the health and safety of the employees.

- € 1.800.000 were invested in services aiming to protect the natural environment and reduction of the greenhouse gas emissions by 11% through the installation of a Photovoltaic System, which corresponds to a reduction of 600tn CO2.

As the CEO of PPA S.A. Captain Fu Chengqiu stated: "PPA S.A. is fully aware of its responsibility in social, cultural and environmental matters and through its operations and business decisions, respects, protects and promotes the concept of Corporate Responsibility". 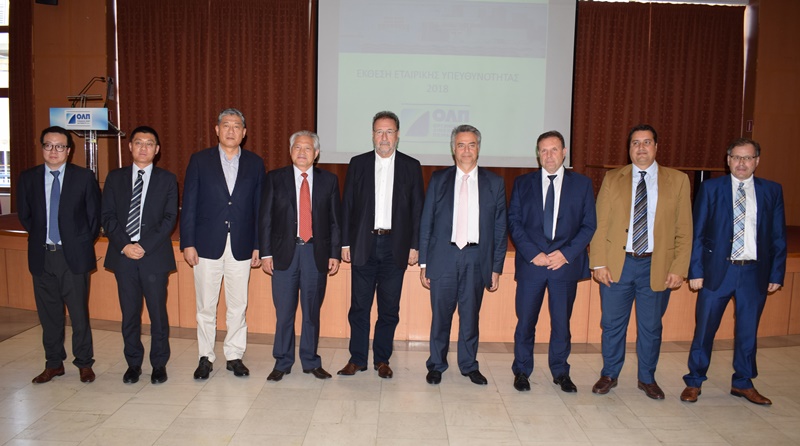