Homeporting increased by 18% at the port of Piraeus

Homeporting increased by 18% at the port of Piraeus

One more newly built cruise ship "SKY PRINCESS" called at the port of Piraeus and welcomed by representatives of the PPA Management, who handed to the Cpt. Heikki Laakkonen an honorary plaque and books for the ship's library.

“SKY PRINCESS”, the newest cruise ship in the world (October 2019), is 330 meters long, weighs 143,000 tons, has a capacity of 3,660 passengers and has the most modern and innovative facilities in technology and entertainment.

According to statistics for the first nine months of 2019, the cruise sector of the port of Piraeus had an increase approximately of 14.6% compared to 2018 and homeporting (arrivals-departures from the Piraeus port), which has the greatest benefits for the national economy, has also increased by 18.2%. It is noted that considering the reservations for 2020 and 2021, the positive trend will continue for the Piraeus port.

It is noteworthy that recently (July 2019) the port of Piraeus was awarded by the Mare Nostrum Awards (Medcruise) as the best cruise port for the Eastern Mediterranean region. 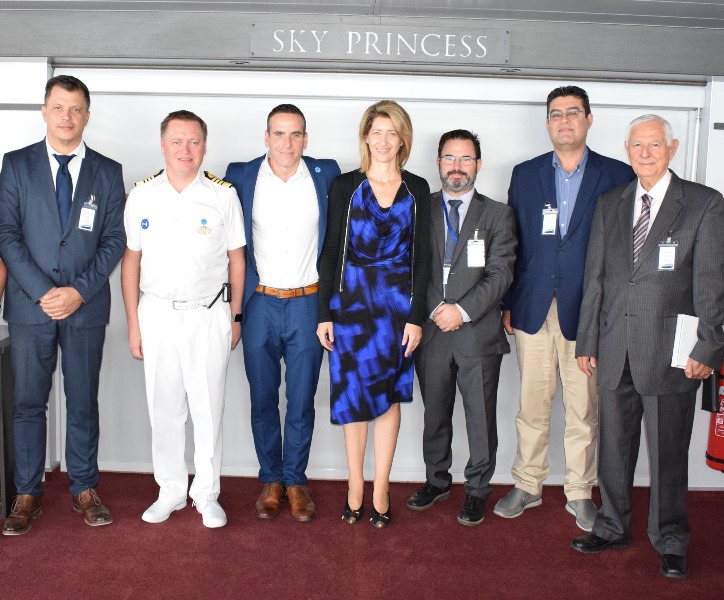