The PPA Management at the event of the Embassy of China

The PPA Management at the event of the Embassy of China

The PPA Management attended the Chinese Embassy's event on the occasion of the Chinese New Year organized by the Ambassador Mrs. Zhang Qiyue.

At the event participated Ministers of the Government, the Regional Governor of Attika Mr. G. Patoulis, representatives of the maritime community and entrepreneurs. In a short meeting with the Regional Governor of Attika, the Chairman of PPA S.A. Mr. Yu Zenggang expressed his satisfaction for the acceleration of progress of the Master Plan projects. From his part, Mr. Patoulis expressed his support for the PPA S.A. Master Plan and noted that he pays particular attention to the projects of PPA which ensure the growth revival in the surrounding municipalities of the port and the national economy. 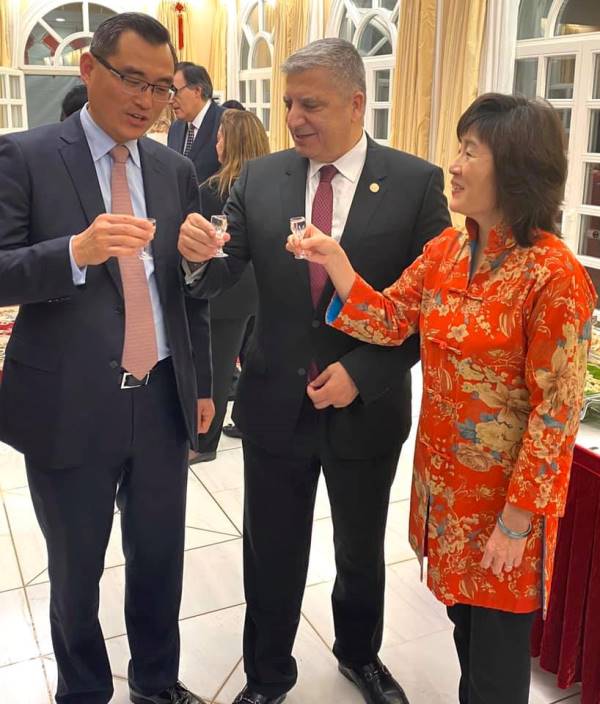