Donation of PPA S.A. to the “METAXA” Hospital of Piraeus

Donation of PPA S.A. to the “METAXA” Hospital of Piraeus

The PPA S.A, responding to the urgent request of the Management of the “METAXA” Cancer Hospital of Piraeus, searched in the market and offered 4,000 surgical masks for the direct operational needs of the hospital.

The Deputy CEO of PPA S.A. Capt. Weng Lin, during the delivery of the sanitary material, stated that: “This action, following the PPA previous donations, is a small contribution to the major work carried out by the country's medical and nursing staff and PPA S.A. will continue its contribution to the local community in order to assist in the fight against the epidemic”.

The Chairman of the “METAXA” Hospital, Mr. Charalampos Toumpekis thanked the PPA Management for the immediate response to the request for participation in the joint effort for the restriction and control of the pandemic at the Cancer Hospital of Piraeus, which until now has taken strict preventive measures to protect both patients and staff.

Both parties PPA S.A. and Piraeus Cancer Hospital "METAXA" discussed in a positive manner the possibility of further strengthening their relations, with common target the protection of public health, the contribution to society and our fellowmen who are going through difficult times. 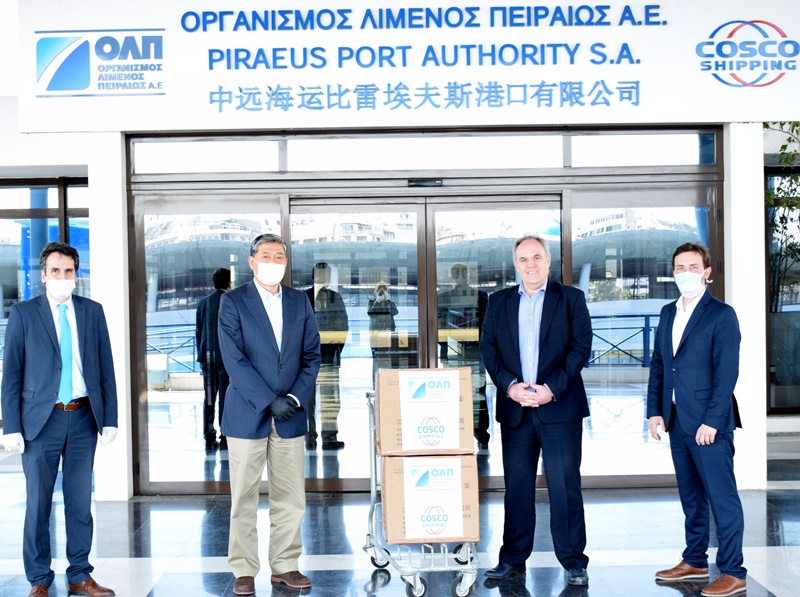