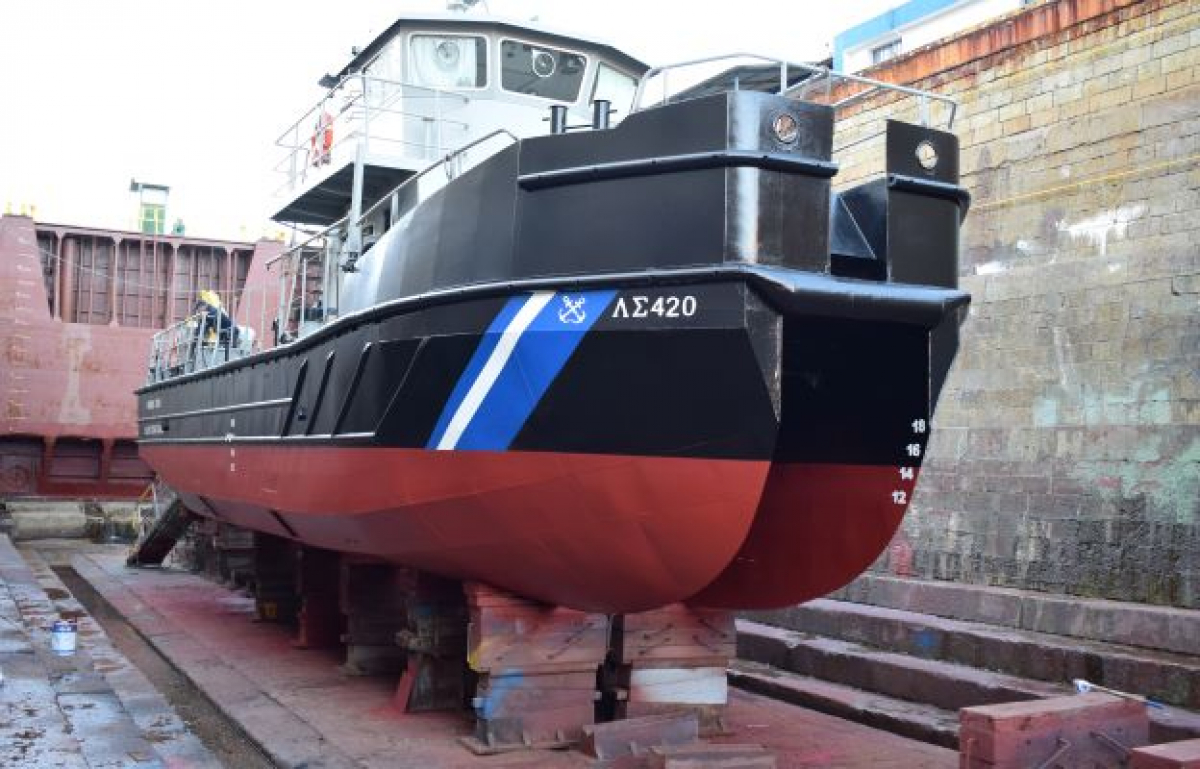 The Piraeus Port Authority, meeting a relevant request of the Ministry of Shipping & Insular Policy, approved the docking of the Antipollution Vessel PLS-420 of the Hellenic Coast Guard, without any financial charge, in order the ship to remain operationally compatible and to continue its important work in the protection of the marine environment.

The Deputy CEO of PPA S.A Capt. Weng Lin, visited the docking place and during his meeting with the representatives of the Hellenic Coast Guard Headquarters, Branch A’ Director, Vice Admiral Mr. Georgios Karageorgos, Branch B’ Director, Vice Admiral Mr. Alexandros Tselikis, in the presence of the Piraeus Harbormaster, Commodore Mr. G. Skandalis, the Director of the Marine Environment Protection Division, Master G. Marangos and the Director of Operational Media Division, Master F. Kiamos, stated: “The Management of PPA S.A. in the context of its policy for the environment protection and actions of Corporate Social Responsibility, decided the total cost exemption for the docking of the antipollution vessel, which contributes to the fight against marine pollution with positive impact on the social benefit. We are glad to cooperate with the Hellenic Coast Guard for the environmental protection of the port of Piraeus and to support them on their duties”.

View the embedded image gallery online at:
https://olp.gr/en/news/press-releases/item/8765-ppa-sa-free-docking-of-the-antipollution-vessel-pls-420#sigProIdb94d84f4bf
back to top